Like any parents of small children, we have been exposed to LOTS of children’s television. And like any parent in this situation, we have to invent little mind games to prevent ourselves from going crazy.

My current mind game: analyzing the attributes of each show our three year old Eve watches and matching them with the current presidential candidates. Since talking about the election is click-bait galore, I’ve decided to post my findings here. Enjoy.

Daniel Tiger is the followup to Mr. Roger’s Neighborhood, and the pitch is basically “The Land of Make Believe: The Next Generation.” Eve loves loves loves this show. It was the first show she watched and she always comes back to it. She’s seen each episode like ten times.

Like its predecessor, Daniel Tiger tries to teach kids about their feelings, having good manners, and how to be nice and kind. It’s an ideal world that you can’t help but wish existed, but you know deep in your heart that it doesn’t. This is reinforced when your kid is throwing a tantrum and you try to try to sing the “When you’re feeling mad” song from the show and can barely get to the third word before their screams drown you out.

So to recap: an idealist whose ideas you really want to work but probably aren’t practical, and who the kids also love:

Eve was obssessed with this show for months. So much so that the word “bubble” became her word for television. I’m glad she went off of it, because this show has the potential to break your brain.

The show is about a school of mermaid children. They sing. They learn lessons. They go camping, they go sailing, they go on airplanes… and yes, this show takes place underwater. It’s almost like the producers of the show decided to set the show underwater in the middle of production but didn’t tell the writers. Nothing these kids do make any sense. There’s no internal logic. One minute they just swim over a house, the next minute they need a ladder to reach a window. It’s pure spectacle with only a thin veneer of pretending to teach you.

Recap: makes no logical sense, does whatever the heck it wants to at any given moment, held together by pure spectacle, and yet inexplicably remains popular. 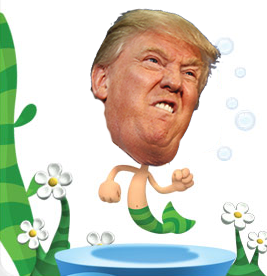 My wife and I really like this show. It’s calm. It’s gorgeously animated. It’s well put-together. It teaches lessons about problem solving in a straightforward, logical and entertaining way. It doesn’t treat kids like idiots. It’s probably the only show that we’ll willingly sit down to watch with Eve. There’s only one problem. She never wants to watch it.

In a nutshell, this is a perfectly reasonable show that very few people care about. 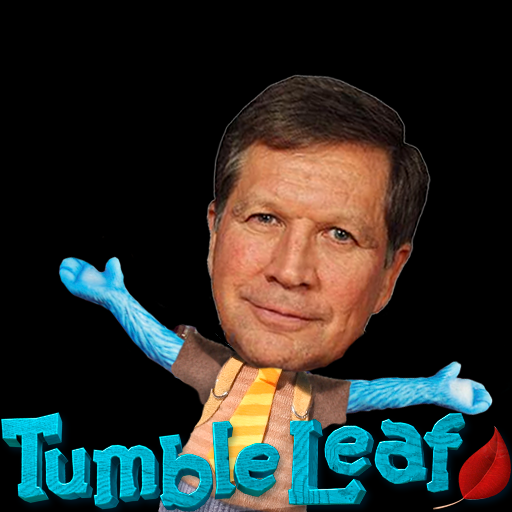 Oh god, this kid. Go to any parenting forum and everyone will universally agree. Everybody hates Caillou. He’s annoying. He’s heavily moralizing. His voice makes you want to punch him after five seconds. Oh, and he’s from Canada too.

The answer is obvious. 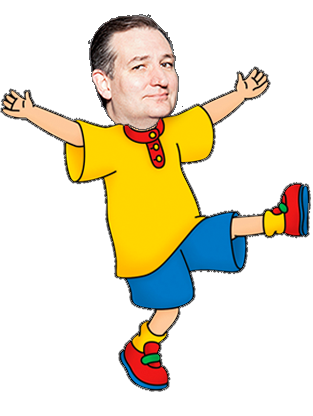 Caillou is Ted Cruz. You might hate him, but it’s better than letting Bubble Guppies teach your kids.

A classic. Everyone knows Dora. Eve loves Dora, and especially digs her monkey partner Boots. Dora’s been around for a long long time. She’s helpful, she’s hard-working, she’s tireless. But at the same time, she’s kind of over-exposed. Her “brand” has been carefully managed and presented. When you watch the show, you can’t help but think that every word, image and animation had to pass through a series of marketing and PR meetings. She’s been around so long that you might be a little sick of her. And she’s become so corporate that maybe you don’t really trust her anymore.

She is experienced, closely aligned with corporate interests, and partnered with a guy that occasionally hogs the spotlight. 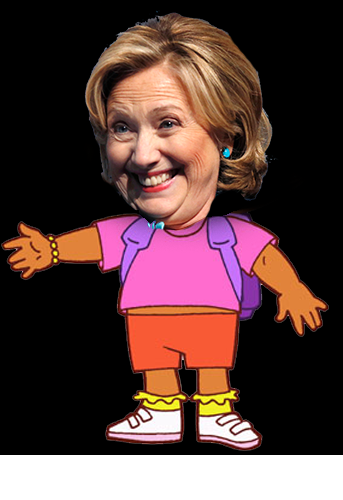 Duh. This stuff writes itself.